The investment banks global economics report sent to clients on Friday showed the Federal funds overnight lending rate starting to rise again in the second quarter instead of the first, and hitting 2.75% to 3% in the third quarter of 2019. If so, the U.S. would have the highest interest rates within the advanced economies. Canada’s overnight lending rate is around 1.8%; the U.K. benchmark lending rate is 0.75% and European rates are still zero or negative. The Bank of Japan is in the same boat, making the U.S. Treasury market the best carry-trade in the developed world.

On Friday, investors breathed a sigh of relief when Jerome Powell signaled to the market that his Fed would be more “flexible” in its monetary policy. Investors took that to mean that weaker economic data here and abroad may cause Powell to stop raising interest rates. Ever since the advent of quantitative easing, investors have grown accustomed to near-zero borrowing costs for the big banks. Powell, a critic of QE, thinks the U.S. has to return to a normal policy rate, which many in the market have put closer to 5%. Higher rates would likely gut the red-hot labor market and kill a decade-long economic expansion, the longest in history should it last beyond 2019. Moreover, higher rates are seen as potentially zeroing out Republican tax cuts in 2017-2018.

“Powell said again that he is going to be data reliant and a little bit market reliant on monetary policy. But if things are going as well as he is seeing things then we will see two more hikes for sure this year,” says Craig Birk, CIO of Personal Capital in San Francisco. “If the market keeps declining, he will put things on hold, and no one will be upset with him if he does that.”

Data points are getting weaker.

Other than the job market, which surprised everyone last week, manufacturing data is slowing. The ISM manufacturing index slid around five points to 54.1 in December , reflecting intensifying pressures on domestic production from tariffs, a strong dollar, slowing foreign demand, and moderating local demand as well.

U.S. manufacturing accounts for just 12% of overall domestic production, so the surge in labor markets will trump those numbers, Barclays Capital economist Mike Gapen said. Gapen also made note of the recent government shut down. He estimated that every week the shutdown is in effect reduces growth in the quarter by about 0.1 percentage points. Longer government shutdowns, like the 1995-1996 Newt Gingrich-led episode, can generate more economic side effects, often triggering lower business and investor confidence.

Although Powell is unlikely to pay too much attention to the outside world, it is in worse shape than we are. The German, South Korean and Chinese stock markets are down over 20% in the last 12 months.

Manufacturing outside of the U.S. worsened over the course of last year. Most manufacturers seemed content to work through backlogs and maintain production at reasonable levels, but the trade war has led to a weaker outlook for exports. There is also a spillover effect throughout Europe from all of the business uncertainties resulting from the ongoing Brexit fiasco.

Lower expectations in Europe were already starting in November because of Brexit. Add Italian debt and its new government’s fight with Brussels over austerity and the new anti-austerity, anti-Macron protests taking place in France and Europe started 2019 exactly as it ended 2018: boiling over.

As a result, economists are pointing out lackluster export orders in Germany, France, and Japan.

In the emerging markets, Mexico is a stone’s throw away from watching its equity market slip 20% over the 12-month period as its new leader Andres Manuel Lopez Obrador has not yet impressed the market. Brazil and India remain bright spots despite concerns about various reform pledges in both countries. Russia is still being blocked into a corner and ostracized by everyone, including most of the market. Oil prices have kept Russia semi-interesting as a global equity story, but as a growth story, Russian GDP is barely hitting 2%.

In the country that matters most to big picture investors, China gave everyone a scare last week when weak demand from there was blamed for Apple’s massive sales miss on Thursday.

An investor covers his face in front of a stock board in Shanghai. Photograph by On Man Kevin Lee — Getty ImagesGETTY IMAGES
China’s PMIs, which have been an ongoing concern, recently fell to a 34-month low and the first sub-50 reading since June 2016. It is hard to know how much of it was due to trade tariffs and how much is due to Beijing’s crackdown on credit. If China is to truly stimulate its economy in order to help it fight the trade war, the government will need to once again turn to its big government banks to lend to large building projects. Investors are also waiting for clues about trade talk progress. A U.S. delegation heads to Beijing today.

“This week brought evidence that the U.S., which had diverged from its counterparts for much of the year, is joining the pack,” Gapen said on Friday about slowing manufacturing numbers.

In December, BarCap’s Global Manufacturing confidence index fell into negative territory for the first time since September 2016. The single biggest driver was a slump in U.S. confidence. If this keeps up, Barclays will have to revisit their forecast for more than one rate hike this year. 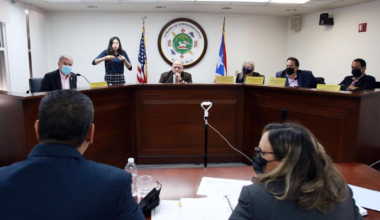 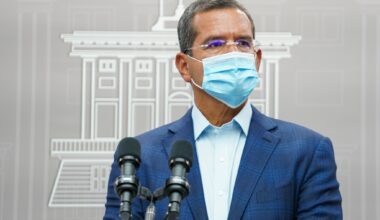 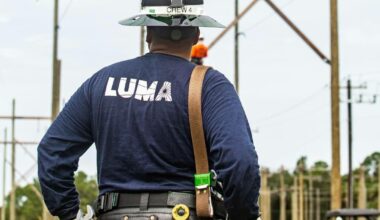